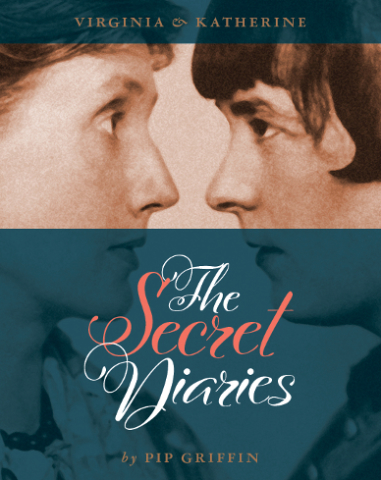 In January 1923, Virginia Woolf noted in her diary that Katherine Mansfield had promised two years earlier to send her diary to her. She was perplexed and hurt that she had not, not knowing how ill Katherine had been. The ‘secret diaries’—Virginia’s begun after Katherine’s death in 1923, Katherine’s begun in 1920—are written in lyrical poems inspired by the friendship (and intense rivalry) of the two women. Virginia and Katherine recognised that they were ‘both after the same thing’ in their compulsive, innovative work of ‘writing their lives’.  The book presents a fresh dialogue that also suggests a tantalising possibility.

“Pip Griffin, with meticulous research, creates biographical, poetical fiction that is both fascinating and intriguing filled with wonderful quotes and speculation. A pleasure to deeply dive in.”—jenni nixon, poet