↓ Skip to Main Content
Home › About the FAW › Our History 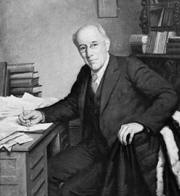 The Fellowship of Australian Writers was formed in Sydney in 1928 by a group including Mary Gilmore, Steel Rudd and John le Gay Brereton, prominent writers at the time. It was formed to try to help Australian Writers who were very poorly used at the time. John Le Gay Brereton was its first President. Read our history. The FAW was incorporated on 3 July 1991. In 2008 it celebrated its 80th birthday and is still developing regional groups to provide an organisation for people who enjoy writing. 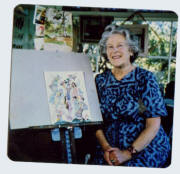 FAMOUS FORMER MEMBERS
Since the inauguration, some of Australia’s most acclaimed writers have passed through the ranks—including Miles Franklin, George Mackaness, Pixie O’Harris (pictured with one her illustrations), Dorothea Mackellar and Marjorie Barnard. One of the most important achievements of the Fellowship was the establishment of the Australian Society of Authors or ASA.